Much like superhero movies, it seems like every year another cannabinoid moves up from side character to their own spin-off. THC used to be the tent-pole property of the cannabinoids, but that was before CBD started establishing its own massive fan base. This year, CBG seems to be the latest cannabinoid that’s got cannabis fans talking. Much like superhero movies, there’s a lot out there, so don’t feel bad if you haven’t heard of this new character before.

Originally available in concentrates and edibles, CBG-forward flower is starting to make its way onto dispensary shelves thanks to the dedicated work of cannabis cultivators. Many are beginning to focus in on its beneficial effects that could have enormous potential both medically and recreationally.

But what is CBG Flower? How is it different from other cannabinoids? What are its effects? And is it legal in all 50 states or not?

CBG isn’t just someone hitting the wrong letter when typing “CBD.” Cannabigerol (CBG) has historically been one of the less available cannabinoids found in the cannabis plant. A major reason that its effects are only now being studied is that only a small percentage of CBG, less than 1%, shows up in the fully developed buds of most strains.

Since so little CBG winds up in the resin of a mature cannabis plant, scientists can be forgiven for thinking that it didn’t really do much up until recently. However, CBG actually plays such a major role in the development of THC, CBD, and CBC that it’s been dubbed “The Mother of All Cannabinoids.” 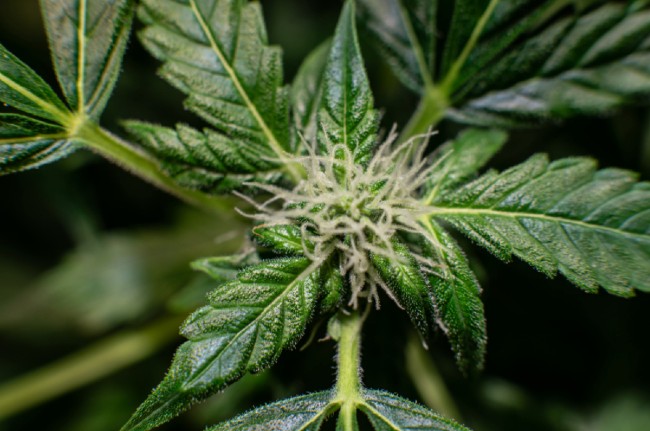 Due to to the fact that there is only a small percentage of CBG found in mature plants, not much research has been made about the cannabinoid. photo credit

CBG begins as CBGA, or cannabigerolic acid. CBGA is the precursor molecule that will develop into three of the main cannabinoids produced by the plant: THCA, CBDA, and CBCA. As the cannabis plant is first beginning to sprout, there’s a lot more CBGA being produced. However, as the plant reaches maturity, it begins producing specific enzymes that determine whether CBGA breaks down to become THCA, CBDA, or CBCA. Since most of the CBGA produced by the cannabis plant ends up transformed into THC or CBD, only a tiny percentage of CBG remains in the buds.

In other words, think of CBG like stem cells. When a fetus starts growing, it produces a lot of stem cells. However, as it matures, those stem cells are transformed into specialized cells, which become legs and noses and ears, leaving only a small percentage of those stem cells in the body.

Why Is CBG Flower So New?

As mentioned above, higher percentages of CBG only exist in the cannabis plant for a short duration of time. When the plant has moved beyond its adolescent stages and begins blooming, nearly all its CBG has already become molecules of THC, CBD, and CBC suspended in the bud’s resiny trichomes. This has made it difficult for most producers to cultivate CBG-rich plants, and for most of history they didn’t have much of a reason to try.

However, with the growing demand for CBG, and thus a new product to start selling, scientists have found a way. Cultivators are currently growing specialized strains of hemp plants that are higher in CBG. They’ve focused on cross-breeding high CBG strains, as well as harvesting at the most ideal development period before CBG turns into other cannabinoids. This is usually around 6 weeks into the breeding cycle. Now, cultivators are starting to produce CBG-rich hemp flowers with minuscule amounts of THC that can be smoked for full-spectrum CBG effects.

What Are CBG Flower’s Effects?

The reason that CBG has been growing in popularity is that it’s effects may be even more potent than CBD due to how it binds to cannabinoid (CB) receptors. 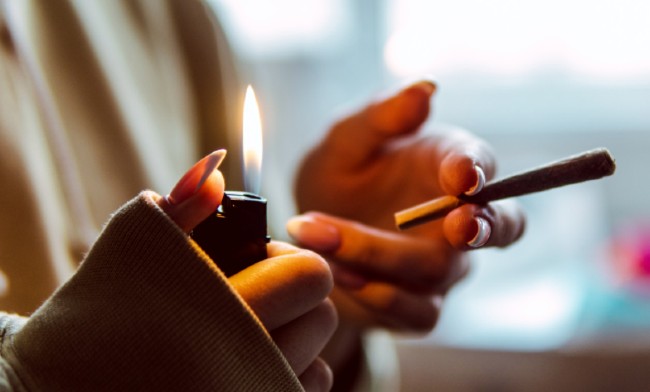 Unlike CBD and THC, CBD reacts to both CB1 and CB2 receptors. photo credit

However, CBG binds to both CB1 and CB2 receptors. This may make CBG an even more effective and beneficial cannabinoid than CBD in some instances, which could have an enormous impact on cannabinoid-based medical treatments in the future. However, CBG’s interactions with the body are not yet fully understood, as research on humans has been extremely limited.

Cannabis consumers are reporting that smoking CBG flower helps to improve their mood and that it’s perfect for allowing them to bliss out at the end of a stressful day. CBG also provides similar benefits as CBD, including relieving stress, decreasing inflammation, and reducing pain.

According to regulations passed in 2019, CBD products are federally legal as long as they contain .3% THC or less. You would think that the same laws would apply to CBD flower, and especially to CBG flower. After all, since it’s the mother of all cannabinoids, a higher percentage of CBG means far fewer cannabinoids like THC. Unless CBG breaks down into THC, the THC can’t really come from anywhere else. However, not every state has legalized hemp flower just because CBD is descheduled. By that same metric, CBG flower is only really legal where the law allows for CBD flower, so be sure to check your local regulations. Many states do allow for smokable CBG flower, but not all.

As more and more cannabinoids become available, it can be hard to keep track of them all. Unless you keep your ear to the ground of the culture, there’s always going to be a couple of new products that slip by.

While it may sometimes seem like one product is as good as another, each cannabinoid has its own specific effects. Newly available cannabinoids like CBG may be able to benefit a cannabis consumer for whom THC is too psychoactive and CBD just doesn’t work as well as advertised.

If you’re looking for a CBD-like product that is more potent, but without the psychoactive effects of THC, then CBG flower may be your ticket to a better time or some more potent relief. Ask around at your local dispensaries, and if you live in a non-CBD flower state, maybe look for CBG concentrates or edibles sold online. For your specific needs, CBG might just be the one that saves the day.

Have you tried CBG flower? Share your thoughts and experiences in the comments below!